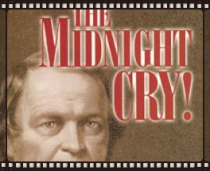 Narrated by Academy Award-winning actor Cliff Robertson, this 102-minute feature-length film documentary this film draws a captivating picture of one of the most remarkable famous crisis in American religious history. For some amazing days in the fall of 1844, America was on the raw edge of its nerves. In the large cities of the Northeast, angry mobs chased worshipers out of their churches. Theologians thundered their disapproval of the shocking doctrine from their pulpits. Newspaper editors invented scandalous stories, heaping abuse and ridicule on the faithful. In the face of such opposition, one in seventeen Americans, from Maine to Ohio to Washington DC and beyond, still believed or hoped or perhaps feared that the world would be destroyed by fire at the second coming of Christ on October 22, 1844. 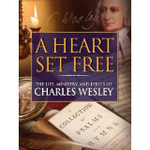 The Life, Ministry and Lyrics of Charles Wesley: Produced for the 300th Birth Anniversay of Charles Wesley, who broke many barriers of 1700's England not only to become "the most gifted and indefatigable poet and hymnwriter that England has ever known," but also to give music, heart and soul to the Methodist movement that he and his brother John led.

A heartwarming Bollywood musical based on a true story that happened in Chicago and published in Philip Yancy's best seller, "Where is God When it Hurts? " but transposed and adapted to Pune, India.
Friendship between a ten-year-old  upper middle class kid and a blind homeless man set against the backdrop of Christmas.
Winner of 1999 Bronze World Medal: New York Festivals;  1998 Bronze Plaque: Second Prize: Columbus International Film Festival

In this two-hour special, we come to understand Luther, what motivated him, the turning points in his life, the issues he confronted, the opposition that sought to defeat him, and the profound changes brought about under his leadership and ministry.

A multiple-award winning  well-researched documentary on Andy Hodges, whose courage and negotiating skills saved the lives of 179 Allied soldiers through an unprecedented exchange of POWs in World War II. 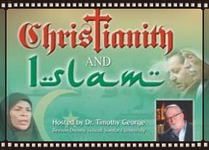 This scholarly three-part series analyzes the theological points of convergence and divergence between it and Christianity—and, inasmuch as it underpins these two faith traditions, Judaism. Based on the best-seller Is the Father of Jesus the God of Muhammad?,  by Dr. Timothy George, Dean of Beeson Divinity School 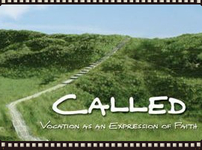 A wide cross-section of teachers and leaders probe what it means not only to live one's beliefs at work, but live them through their work. 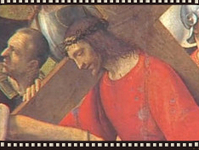 Acquainted with Grief: Christian theologians provide a historical context for Christ's suffering under Pontius Pilate, and discuss other aspects of Jesus’ death, giving lucid explanations of difficult spiritual concepts. Topics include the focus of Christianity on suffering and death; spiritual despair;  the symbolism of Christ as a blood sacrifice for human redemption; and various interpretations of Jesus’ descent into hell. Part 4 of the 7-part series, Faith Matters 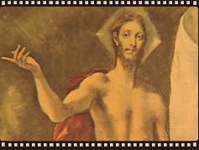 The Last Enemy Defeated: Christian theologians examine Christ’s resurrection as victory over sin and death; His ascension; the imagery of “sitting at God’s right hand”;  Jesus as mediator between God and man; the Second Coming; and different ways to understand what is meant by Judgment Day. Part 5 of the 7-part series, Faith Matters 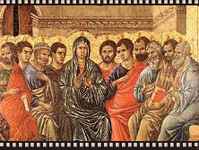 The Breath of God: Christian theologians  discuss the Holy Spirit in relation to Jesus and God; the Holy Spirit as a link between the human and the divine; what it means to be holy; the charismata, or gifts of the Holy Spirit, and “pneuma,” “paraclete,” and “koinonia”; how the third Person of the Trinity might be experienced by believers today; and how the idea of the Holy Spirit can play out in ecclesiastical communities and in human lives. Part 6 of the 7-part series, Faith Matters 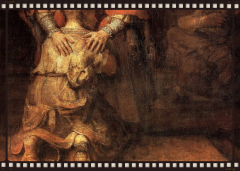 The Last Enemy Defeated: Theologians frame sin in terms of disobedience, and examine topics such as  redemption imagery in the New Testament; the notion of eternity; and point out that resurrection is not about the survival or immortality of a disembodied soul, but of a unified whole of body and soul—a physical restoration in a “new creation.” Part 7 of the 7-part series, The Faith We Confess. 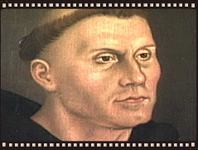 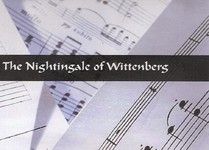 The Nightingale of Wittenberg: Congregational music during worship owes its origin to Martin Luther, who used it to proclaim his bedrock message of the Protestant Reformation: God’s grace as the sole ingredient for salvation. This elegant program explains how Luther changed the mode of public worship by integrating music into the divine service so that all Christians—not just the clergy—could express and celebrate their belief. 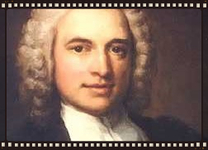 For a Thousand Tongues to Sing: Between 1738 and 1788, Charles Wesley wrote more than 9,000 hymns and sacred poems, work which earned him the title “The Sweet Bard of Methodism.” This program recounts Wesley’s life and life’s work, with special attention to his better-known songs, such as “Hark! The Herald Angels Sing.” Scholars of music and theology speak about Wesley’s childhood, education, and missionary work; explore the roots of his passion for hymn-writing; and demonstrate how Wesley’s impressive body of work consistently embraced astute references to Scripture, poetic language, and personal experience.

The 51st State: Born with a Wooden Spoon

The United States continues to be the wealthiest country in the world, yet one in eight Americans—approximately 37 million people—live below the poverty line. This program analytically and sympathetically discusses the effects and implications of poverty, examining factors such as illiteracy, insufficient job skills, substance abuse, and crime. The phenomenon of multigenerational poverty is also addressed, underscoring the disturbing pattern of poverty begetting poverty. Interviews with impoverished people and those who reach out to them put a human face on a demographic group that lives below the radar of wealthy and middle-class Americans. A part of the six-episode series on Poverty in America. (Original series title: The 51st State.) 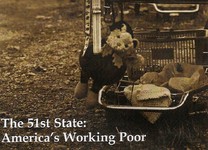 While poverty has traditionally been a problem only for the unemployed, a new demographic of Americans has emerged—the working poor. This program explores the disturbing realities that many people in low-wage jobs face every day—such as having to decide whether to pay the rent, buy groceries, or see a doctor. Viewers will learn how standards of living are often measured, how suburban areas have fostered a particular type of economic hardship, and how welfare-to-work programs have, at times, led to more resistant poverty. The film also draws connections between America’s immigration challenges and the swelling numbers of working poor. Original program title: I Am Working, Working, Working, Yet Poor: The Working Poor. A part of the six-episode series on Poverty in America. (Original series title: The 51st State.)

L.I.F.E.Inc. is producing Reformation@500/a major 13-part series on the origin, hstory and future of Protestantism as pat of teh commemoration of teh 500rg Annivesary of teh Reformation. 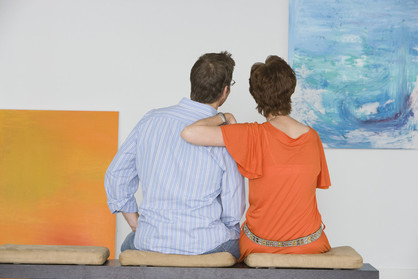 The exhibition space at L.I.F.E.Inc. is large and welcoming, providing visitors with the perfect atmosphere to stroll through and enjoy the artwork currently on display.﻿ We believe individuals should have access to art and culture in their daily lives. It's our goal to provide a medium between art enthusiasts and the artists themselves.﻿

Get Connected With Us.

Recommend this page on: